It was about 7 pm on Tuesday June 22 2004. We were out for a walk on the beach on Oak Island from the rental cottage at West Beach and 57th. We saw people photographing this animal, waling and running through the dunes. The animal ran up the beach a ways and stopped, apparently found something interesting to eat. Another photographer and I got as close as we could, taking pictures.

The animal has the face and ears of a red fox, but the tail does no look right. It is possible that the fox had just swum across the Intercoastal and the tail was matted into a  smooth instead of bushy tail.

As I was approaching the animal,  I thought of an article that I had seen about a mystery animal seen near Asheboro. The other photographer, who was from Greensboro, mentioned that article as well.

It probably is a red fox, looking bedraggled from swiming the Intercoasta. Seeing it on a populated beach was a treat and the highlight of our trip. 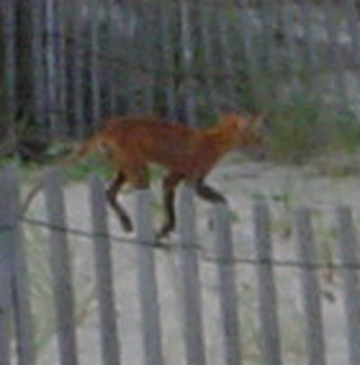 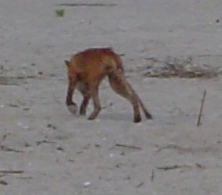 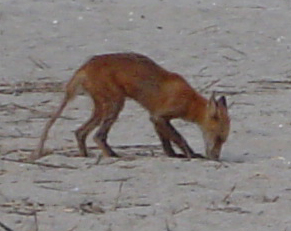 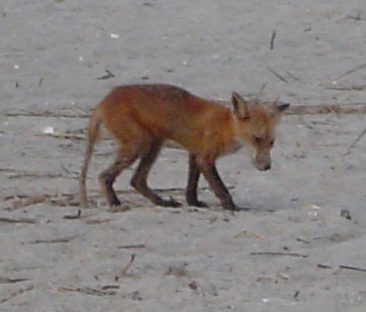 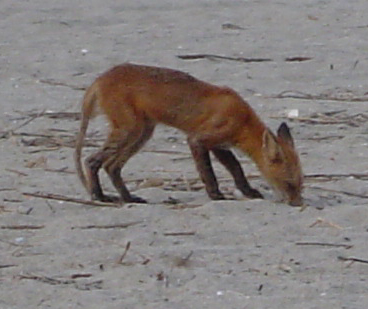